The Brainy challenge wrapped up last week!  Students who participated in this challenge had 3 challenges over the course of three weeks – one per week.  Students were asked to try and place one piece eight times over the week.  If they succeeded, they earned Brainy a penny. 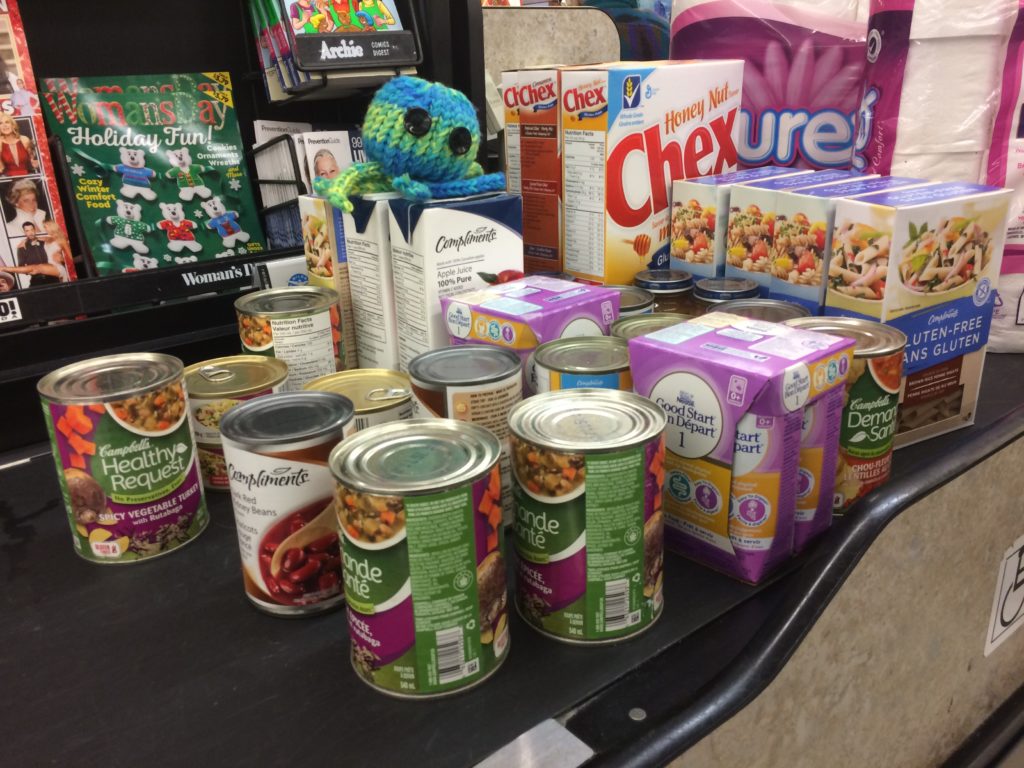 At the end of the challenge, Brainy took all his pennies to the Stuffie bank and exchanged them for loonies.  In total, he earned 41 loonies from the foodbank.  Wow!  Students have beaten last year’s record, where they earned 40 pennies during the course of the challenge.

Parents were invited to match the studio’s donation, and Brainy was give both food items and monetary donations.  So in total, Brainy had 78 dollars to spend at the foodbank.  We successfully matched last year’s donation amount.  Great job everyone!

After all the pennies were collected, Brainy went shopping at the grocery store and picked up a lot of food for the Food Bank.  This year, Brainy wanted to go drop it off directly, so he travelled to the Food Bank and dropped it off.  Thanks again everyone who participated in this challenge!  Students did a great job practicing and Brainy is really proud of all the hard work they did earning food for the Food Bank! 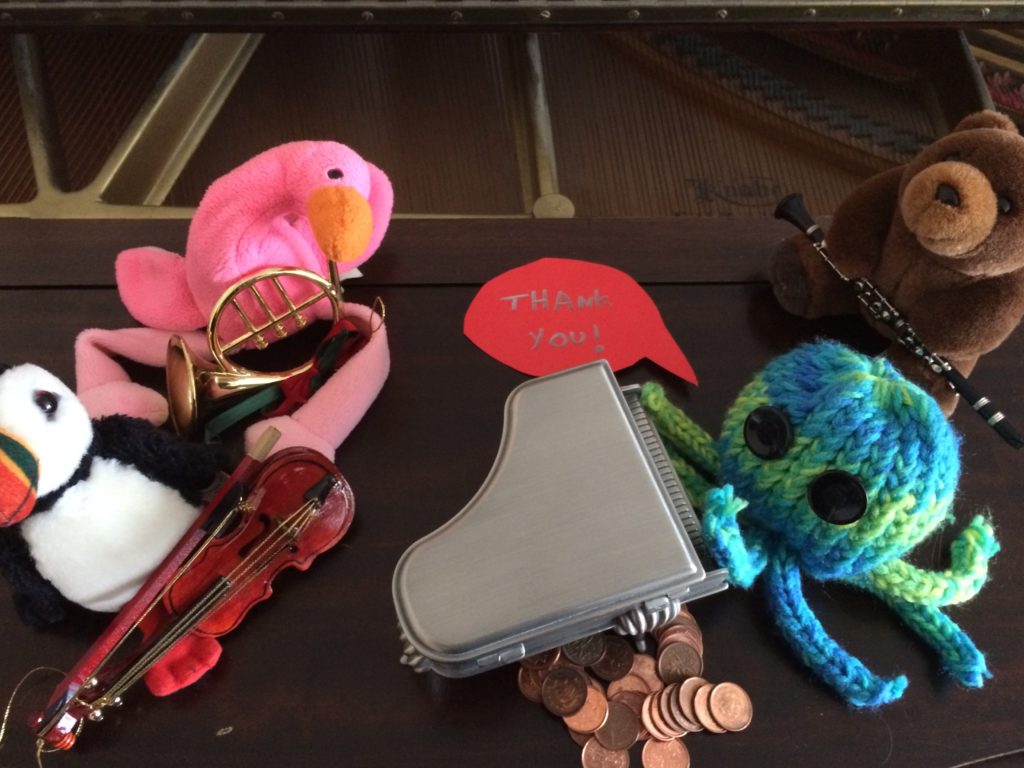